This revised version offers practical assistance in the form of Notes for Clarification and an Expanded Score Sheet to simplify scoring. The items and indicators are the same as in the original version. Assess the quality of infant and toddler classrooms and enhance program development with charts detailing levels of quality from inadequate to excellent. Explanatory notes appear on facing pages. Scoring sheets and ITERS-R™ Profile included. This widely used program quality assessment instrument is designed for preschool, kindergarten, and child care classrooms serving children 2 1/2 through 5 years of age. It can be used by program directors for supervision and program improvement, by teaching staff for self-assessment, by agency staff for monitoring, and in teacher training programs. The established reliability and validity of the ECERS-R™ make it particularly useful for research and program evaluation. What are the components of high-quality after-school care for children ages 5-12? How can we evaluate these programs? These are the challenges facing caregivers, schools, agencies, and parents as after-school programs proliferate. The School-Age Care Environment Rating Scale®, Updated Edition provides an easy-to-use resource for defining and assessing the quality of both public and private programs caring for school-age children during out-of-school time. The increasing concern over the effect of child care on children's lives has focused attention on the quality of that care. Since most out-of-home care is provided in family child care homes, the need has grown for an accessible, reliable, and thorough means of assessing the quality and suitability of such settings. Developed through lengthy field testing, research, and revision, the Family Child Care Environment Rating Scale®, Revised consists of 32 items, organized under six major headings: Space and Furnishings for Care and Learning, Basic Care, Language and Reasoning, Learning Activities, Social Development, and Adult Needs. Developed and delivered by the authors as an introduction to the Scales! Each course is self-paced, so you can start and stop as often as needed. In total, each course takes about 5 hours to complete. Checks for understanding are embedded, along with the ability to email questions directly to the authors! You can be assured you are receiving an accurate and up-to-date training!

*Note: Courses are designed for use on desktop and laptop computers, because the courses use Flash, they may not be supported on Tablets or Mobile Devices.

The Environment Rating Scales are used for many different purposes within the field of early childhood care and education. They are used worldwide for conducting research and monitoring quality assessment and improvement in learning environments. 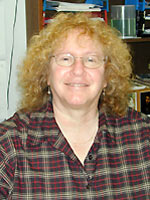 Dr. Cryer is co-author of the Infant/Toddler Environment Rating Scale, (Harms, Cryer & Clifford, 1990) and the Early Childhood Environment Rating Scale-Revised Edition (Harms, Clifford & Cryer, 1998) and has worked with various teams to develop numerous other quality assessment instruments. She has developed a variety of resources for teachers and for others interested in early child care and education, such as the popular Active Learning Series (Cryer, Harms & Bourland, 1986, 1987; Cryer, Harms, Ray, 1996), and the award-winning public television series, "Raising America's Children" (Harms & Cryer, 1988). Her most recent books include Infants and Toddlers in Out-of-Home Care (edited by Cryer & Harms, 2000), and the Early Childhood Education and Care in the USA (edited by Cryer & Clifford, 2003), both published by Paul H. Brookes. 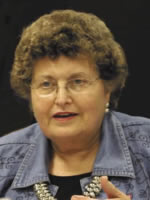 Dr. Harms is the lead author of four widely used program evaluation instruments: the ECERS-R™ (Harms, Clifford, & Cryer, 1998); the FCCERS-R™ (Harms & Clifford, 1989); the ITERS-R™ (Harms, Cryer & Clifford, 2003); and the SACERS (Harms, Jacobs, & White, 1996). She consulted with the National Association for the Education of Young Children (NAEYC) in the development of its center accreditation instruments and validator training procedures and is a co-author of the school age child care assessment instrument, which is being used in the NSACA accreditation. Dr. Harms co-chaired the national committee that developed quality criteria for family child care programs and developed an accreditation process and instruments for military family child care.

ERS 101 Online Training is developed and delivered by the authors as an introduction to the Environment Rating Scales! Each course is self-paced, allowing participants to start and stop as often as needed. Each course takes about 5 hours to complete and includes embedded learning checks to assess understanding of key concepts. Available 24/7 on any internet-supported device, scale authors and their staff are on stand-by to answer questions via email (during weekday business hours). Printable certificate and CEU credit is available. Most courses are also available in Spanish.