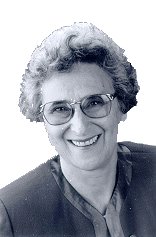 5 stars
elsie
I thoroughly enjoyed this book. Lilian's humor and real, touching elements while sharing her family, gives insight to the person she is. At the same time she teaches strategies for dealing with the things children think about. Wonderful - reads as a story more than a resource book.
Suggested Products
EMAIL LIVE CHAT 1 • 800 • 334 • 2014
Copyright © 2020 Kaplan Early Learning Company. All rights reserved.Site Map